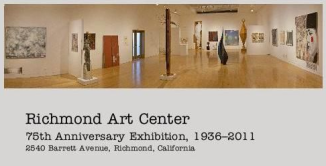 I am honored to have been included, especially since I was fortunate to have been invited to have a solo show in this historic space in 2001. Anthony Pinata, a dear friend of mine and fellow artist, was the brainchild behind this poignant and important endeavor.

The Obsessions of Gabriel Navar

Interview with the artist
by Mike Foldes (for Ragazine.CC)

Q) Gabe, we first met a little more than a year ago at the closing party of the We Are You Project art exhibit at Kenkeleba on the Lower East Side of New York. You and your mentor, Mel Ramos, both have pieces in that traveling exhibit. How did you happen to get connected with WAYP?
A) We became involved because I responded to an exhibition (We Are You Project)  opportunity that sounded intriguing….  I sent an image and corresponded with the exhibition members, mainly Dr. José Rodeiro; he was (and is) very gracious and accommodating!

Q) Can you tell us a little about your background, where you grew up and went to school?
A) I grew up, primarily, in California; but more specifically, in Oakland, CA. I went to school at St. Elizabeth Elementary and High School. Then, I attended Encinal High School  (as a Junior and Senior) before attending College of Alameda (CA), where I earned an A.A. Degree in Social Sciences (1990), California University State University, East Bay (Hayward) (1992); and, finally, San Jose State University (MFA, 1997)

Q) Were your parents artists? Who encouraged you to pursue art as a livelihood? Couldn’t you have picked a more difficult career path?
A) No… My parents were not artists…. not sure how I became interested in art… must have been the local Catholic church, tv (cartoons, mainly) and/or the graffiti street walls… I remember enjoying crayons, “finger” paints, and spray-paint cans as a young(er) person.

Q) For the past year or so, at least, you’ve been generating a compendium of images featuring smart phones.  For awhile, I thought you were too much engaged with that core, but then I realized everywhere I walk, in New York, in Binghamton, Washington…. everyone is carrying on a romance with his or her phone. It’s frightening. Yet, your paintings go beyond just the image of a person with a phone to mix classical poses and pop articles, all representative of a special time, a peculiar renaissance of the 21st Century. How did you happen to become so obsessed? Did you have a series in mind at the beginning
A) Great observation…. I am not so sure that I am obsessed as much as what may be observed (in terms of obsessions… better stated as “addictions” to texting, facebooking, tweeting, blogging, and so on)… My paintings are,  more than anything, observations (even while observing my own obsessive “addictions”)… therefore, my work reflects not necessarily critiques, but, more specifically, observations and, in most cases, celebrations, critiques and  disappointments. By the way, I rarely think about a series in the beginning… I simply go with the flow and try to observe a connection in what I have been working on after a while (that means, for me, after perhaps 3-5 paintings).

Q) What is your preferred medium? What is it about that medium that “says it” for you?
A) My preferred medium is acrylics and pencils…..  the main reason for my interest in acrylics is that they dry relatively quickly and I am able to work and layer quickly…. I don’t have too much of an attention span ( I often am ready to move on to other ideas), patience and allergy-intolerance for oils…  I often use oil paints mostly for finishing glazes and details (due to my allergic reactions to them).

Q) I understand you recently moved and that it was quite a stressful time. What’s it like working in the new studio, compared with the old one
A) Fortunately, my new studio is just about the same (actually a bit bigger in square footage) than my former studio; therefore, moving studios is a sort of “non-issue.”

Q) How much has your heritage influenced your life and work? Do you consider yourself American-Hispanic, Hispanic American, Hispanic or American? Or, “None of the above.
A) First and foremost, I simply consider myself a “citizen of the earth” and, simply put,  an artist. Any “heritage” influence is, of course, absolutely welcome and I am extremely proud (because it is “in my blood,” so to speak). Regarding “labels” and stereotypes (or, tragically, pigeon-holing), I only consider myself a Hispanic-American or a Californian, or an American artist for “marketing” and exhibition purposes, because, for an artist, being part of a group (or “clique”) may at times be beneficial.

Q) You also write poetry. Do you find the motivation or inspiration to write or paint are much the same, or is it a different force that steers you in one direction or another
A) Painting and writing have been a part of what I do for many, many years. However, I have been more enamored with painterly materials – more so than pens/pencils have been for writing.

Q) What advice would have to offer a younger person considering a career in the arts?
A) The main thing that I would offer anyone considering a career in the arts is to pursue the arts not necessarily as a career, but as a life decision where one must see art and culture as a passion to pursue wholeheartedly (for life… not as a vocation or as a career).

Q) If you had to “do it over again,” would you take the same path? If not, what would you have done, or do, differently?
A) My immediate answer is, no regrets! My only “stumbling area” is that I wish I would not have purchased a house at the “wrong” time” (in 2005, before the housing “bubble burst”), and not have taken a full-time teaching job that same year in a town so far from my beloved SF/Bay Area.  In retrospect, I should have stayed in the vibrant, energizing, culturally-rich and diverse SF/Bay Area and not moved to the Central Coast. On the plus side, since the Central Coast is very mellow, I have been able to concentrate and focus on developing my artistic “voice” without too many distractions. I am, by the way, still “searching”…. (it’s part of the fun creative challenge that I live for as an artist).

Q) Anything we didn’t touch on you’d like to comment about?
A) No… but, perhaps, I’d like to say that I absolutely love what I do as an image-maker (whether it is through painting or through words).
Thank you very much!

Artist’s note:
“Regarding my wife, she has been in my life for many years and has been not only an inspiration but also a great supporter and ally… there is much that may be said here, but the main things I wish to state is that she has not only been a muse, model, photographer, but also a web-site guru and mastermind (for http://gabrielnavar.com), as well as social media comrade (mainly for facebook, twitter, tumbler, twitter, pintrest and wordpress)…. Regarding my parents, well, they were always pleased as long as I “stayed out of trouble” and pursued my education…. no matter what the subject (they, once again, were not exposed to “art”). Regarding my writing, I’ve been doing it as long as my poainting (the late ’80′s)…. however, I have not had the same discipline for writing as I have had for drawing and painting. As far as teaching is concerned, it may be fun at times… I’ve been teaching since the Summer of 2000. ) I’ve been teaching at the College level courses that include Painting, Drawing, Art Appreciation/Survey, Mexican Art History, Design, Color Theory… teaching is inspiring for me because it is usually and often a stimulating and inspiring opportunity to not only learn something new (from history, current-events, students, etc.), but also an opportunity to engage with a handful of up-and-coming, moitivated individuals who are absolutely interested in pursuing art! This milieu is invigorating to me!”
sky’s streams

yet unsought, fleeting thoughts,
but not lost, just unrest…
when lost, though, found,
then lost again

words are seedlings, forests over forests

a sea inside claws away
at the belly, the cheeks
tongue licks the eyes, wandering pink
swim stream dizzy, night’s thousand creeks

the dream I swim is a moonless
marmalade of purple hues,
a limp proxy for night,
shove down the cave-throat
of a day dried weary…

throw a color-bomb at me, yes !
directly at my rain-craved brain,
because these days have been khaki-washed,
graffiti-less and chewed,
not unlike decayed, carved pumpkins…
pale-orange, gray and dreary…

About the interview:
This interview was conducted via e-mail in September and October 2013. Mike Foldes is founder and managing editor of Ragazine.CC. You can read more about him in “About Us”.

I am deeply honored to have been included and interviewed in Ragazine for November-December 2013 (The On-Line Magazine of Art, Information & Entertainment)!

check it out and enjoy… gracias: http://ragazine.cc/2013/11/gabriel-navar-interview-art/