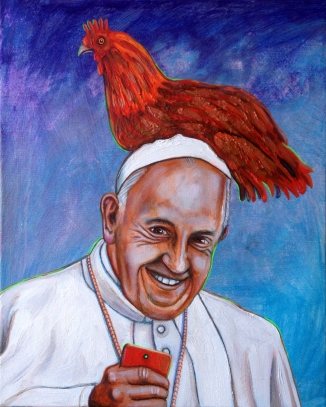 I became motivated to paint Pope Francis when I heard about his trip to the United States. Somehow, I also wanted to include our pet rooster, Chucho (nickname for Jesus), in the painting.

“It is reputed that Pope Gregory I had previously said that the cock (rooster) “was the most suitable emblem of Christianity”, being “the emblem of St Peter”.[5][6] After Leo IV, Pope Nicholas I, who had been made a deacon by Leo IV, decreed that the figure of the cock (rooster) should be placed on every church.[7]” https://en.wikipedia.org/wiki/Pope_Leo_IV

Hope you are having a fun, goofy and giddy time in mid-February!! 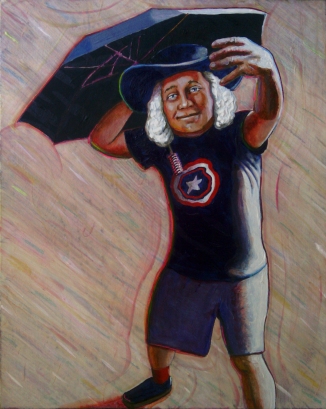 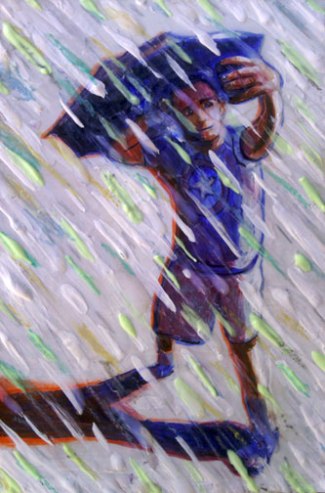 This postcard size painting was created for #twitterartexhibit